If there is one thing that the internet loves, besides cats, it is lists. And often sites (such as Screen Rant) will produce dozens of lists with titles like The 25 Best Films on Netflix Right Now or 25 Classic Pokémon Characters Reimagined As Villains. Of course, many of these lists seem to suggest that a subjective listing of best things is somehow validated by the fact that the list writer wrote it. Usually this is not the case, and the top 100 faulty lists of best things on the internet could probably be easily filled. Which is why the following is not a list of best things, but rather a list of favorite things, an admittedly subjective judgement of the whole of scripted television. 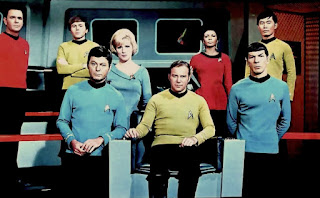 Scripted television as a medium was much maligned during the 2nd half of the 20th century, mostly due to comparisons with the more legitimate artistic forms such as film or literature. Never mind that the world is full of really lousy movies and badly written novels, it was all of television that was inferior due to the general widespread low quality of the medium. Of course, all of that changed in the current century. The emergence of prestige television, The Sopranos, Breaking Bad, Mad Men, Game of Thrones and dozens of other high-quality programs shattered the old stigma of television as a lesser art form. And as the current superhero saturation in the cinemas exacerbates the decline of film, prestige television starts to look all the more prestigious. 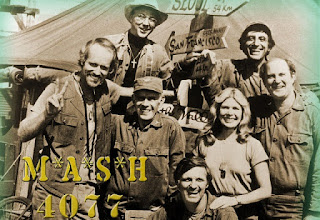 My own relationship to television has been simple, I watch too much of it. I’m sure that it is literary sacrilege to suggest that a writer can learn anything from the medium, but television taught me a great deal about plot, pacing and dialogue. The universal truths of storytelling tend to be universal, a relatable protagonist faces a conflict in order to achieve a desired goal or avoid an unpleasant fate. Television explores this essence of story as well as Hamlet does. Well, maybe not as well, but as essentially. 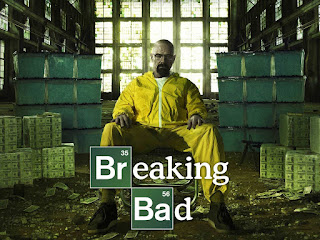 The following then is a list of my favorite television shows, a definitive list of the top ten, followed by a secondary list of five runners up and a list of thirty contenders that I felt deserved consideration. There are several shows missing that would probably have been mentioned (The Sopranos, The Wire, Boardwalk Empire, Deadwood), but I never watched them, and am hesitant to add them now to an already overloaded watch list. So again, this is my list, and is not intended to be representative of anyone else’s experience of television. My intention is to follow-up on this list in future posts, explaining why each particular program was chosen for each of the top ten spots. Until then, the top ten are:

*Including spinoff and prequel series on the list with the original allows for more series to be recognized.
Posted by Bahayla at 2:36 PM

This blog is about narrative, the stories, both fiction and non-fiction, that we tell about our universe and ourselves. What is the genesis of these stories? How and why do we tell them? What do they mean? Topics will cover both the craft of storytelling, mostly regarding written forms such a novels, creative non-fiction and short stories, as well as analysis and critique of narratives through movie, television and book reviews.

This was a Golden Age, a time of high adventure, rich living, and hard dying . . . but nobody thought so. This was a future of fortune and theft, pillage and rapine, culture and vice . . . but nobody admitted it. This was an age of extremes, a fascinating century of freaks . . . but nobody loved it.
Alfred Bester, The Stars My Destination
In Alfred Bester's classic 1956 science fiction novel Tiger, Tiger (published for the less than literate masses of North America as The Stars My Destination) protagonist Gully Foyle masquerades as Jeffrey Fourmyle, wealthy buffon who owns and operates a traveling freak show known as the Four Mile Circus. The circus was a prop that allowed Foyle to travel among the social elite as he sought information on the Vorga, a ship that had left him for dead on the wreckage of the spaceship Nomad. Driven by revenge, Foyle would transcend his common origins to alter the course of human history.
The old year soured as pestilence poisoned the planets. The war gained momentum and grew from a distant affair of romantic raids and skirmishes in space to a holocaust in the making. It had become evident that the last of the World Wars was done and the first of the Solar Wars had begun....An ominous foreboding paralyzed every home from Baffin Island to the Falklands. The dying year was enlivened only by the advent of the Four Mile Circus.
Alfred Bester, Chapter Eight, The Stars My Destination